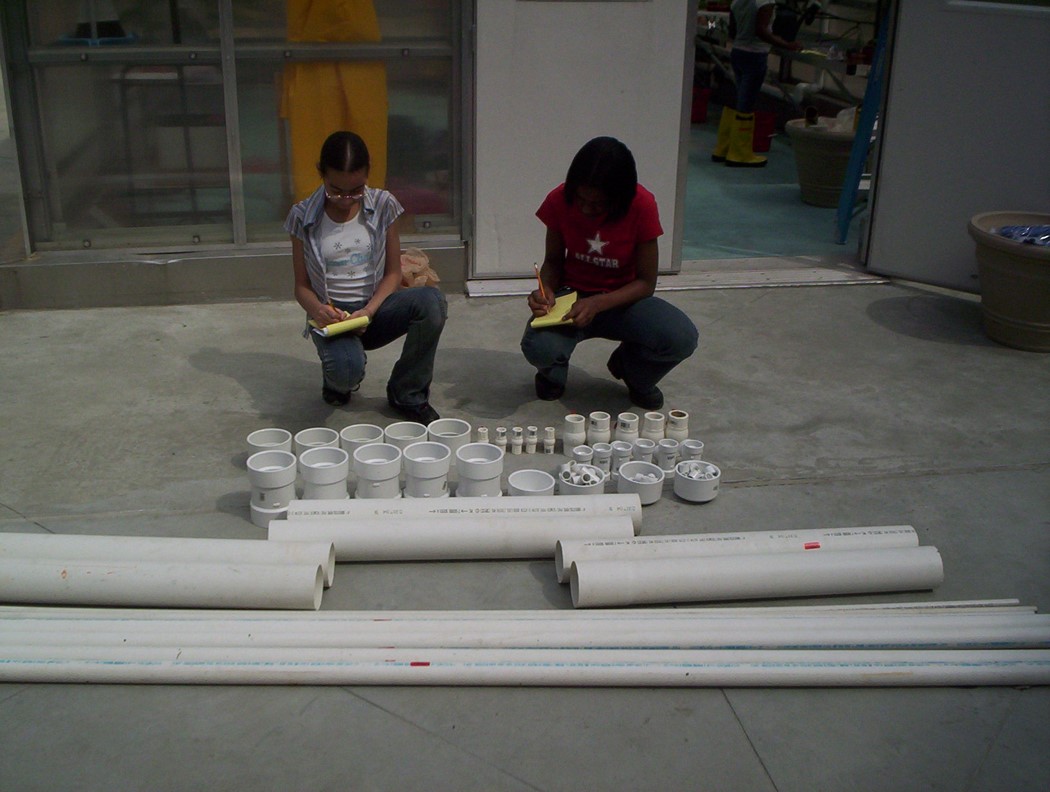 Figure 02. Middle school Urban Vertical Agriculture Research Scholars planning the building of the NFT system. (Photo Credit: Mauricio Gonzalez)In 2003, Mauricio Gonzalez, founder and director of the Marine Biology Research Program presently at the New York Harbor School, was put in charge of a greenhouse that had just been built in the courtyard of the Frederick Douglass Academy (FDA), Harlem, NYC. Shortly before this, he had been running a small germination project in his classroom to teach his students the basics of experimentation and life science. Mauricio recounts spending his meager new-teacher paycheck on these materials while barely making the rent for the month.

Freshly out of college and with an appetite for innovation, he was hoping to be given the opportunity to run the greenhouse when he first caught glimpse of it during a tour of the school grounds. Mr. Hearn, then science chair at FDA, took notice of Mauricio’s passion for science and early success with an after school program called “Schwartz Science.” Over the span of 6 years, Mauricio’s students transformed the greenhouse and courtyard into a thriving Urban Vertical Agriculture Research Program, yearly producing basil, lettuce,  tomatoes, and tilapia. The techniques used to grow these vegetables and fish were novel for New York City at the time. Hydroponics, aquaponics and aeroponics were new words for most. Mauricio realized that the science of hydroponics made for a great middle through high school inquiry-based curriculum.

His middle school students built intricate recirculating systems called “NFT” which stands for Nutrient Film technique; A-Frame structures; and recirculating aquaculture systems. They soon began experimenting with all kinds of novel designs and presenting them at yearly science fairs. Curious visitors from all over NYC came to visit: small scale urban gardeners to the mayor himself, Bloomberg. They all came to see our young team of budding urban scientists carefully weighing and mixing their nutrient chemicals and adjusting pH using acids, bases, and professional grade sensors.

Not content with just working in the greenhouse, his students tuned their gaze outside and built a beautiful elevated garden in the courtyard equipped with a wrap-around, fully automatic irrigation system. Projects like these gave rise to the idea of engaging young minds with real-world service learning projects. Mauricio also realized that given the right space and time, all students could find a way to succeed. With these successes came offers to build gardens around Harlem and nursing homes as part of a service learning grant from Purdue University. What started off as a small classroom experiment turned into a thriving laboratory of plant science and student inquiry. Mr. Hearn later recounted that “putting Mr. Gonzalez at the helm of the greenhouse was the best decision he had made at FDA.” To see more images of our students at work click here. Our next post will showcase the marine science and air quality work undertaken by these scholars to address problems outside the school itself.

These projects were made possible by the generous support of our sponsors, Mr. Robert Schwartz, The Hayden Foundation, Purdue University’s EPICS engineering grant, and Cabbage Hill Farm.

On May 15, more than 46 research projects went on display for the 3rd annual New York Harbor School Science Symposium. Our keynote speaker, Dr. Peter Morawski from the NIH, said, “I was so happy to have been a part of it! You’ve got some great kids!” Parents, Staff,  Professional Advisory Committee members, Marine Research Scholars, and over 20 guests from the Netherlands came together to help make this symposium a success. Our school administration and Custodial staff provided key logistical support. Thanks a million! For more details, award winners, and images of the Symposium click here. For our Symposium Booklet with a summary of the projects click here: NYHS Symposium Program 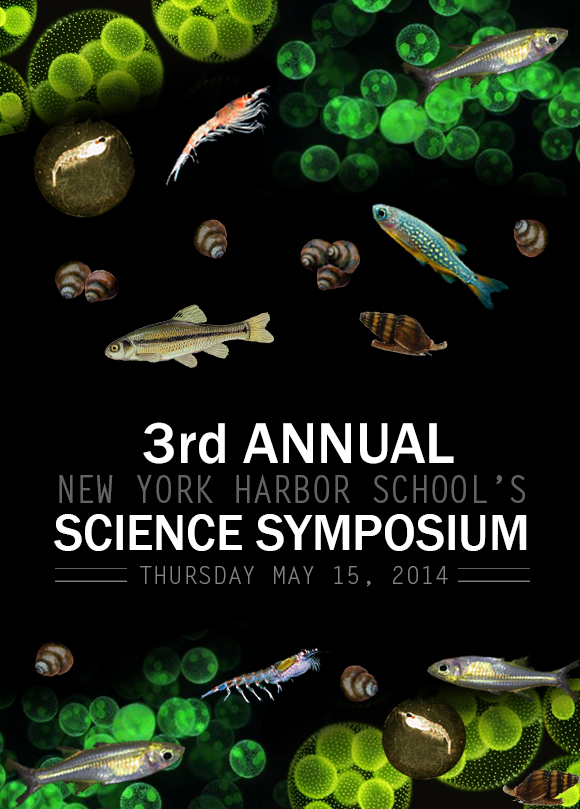 You’re cordially invited to attend our 3rd annual Science Symposium at the New York Harbor School on May 15 starting at 1pm. Experience cutting edge science from our very own Marine Research Scholars and our special guest, Dr. Peter Morawski, from the National Institute of Health. Dr. Morawski will be sharing his journey to a science career and talk about his latest research in molecular immunology. Stay tuned for more information. Go New York Harbor School science! 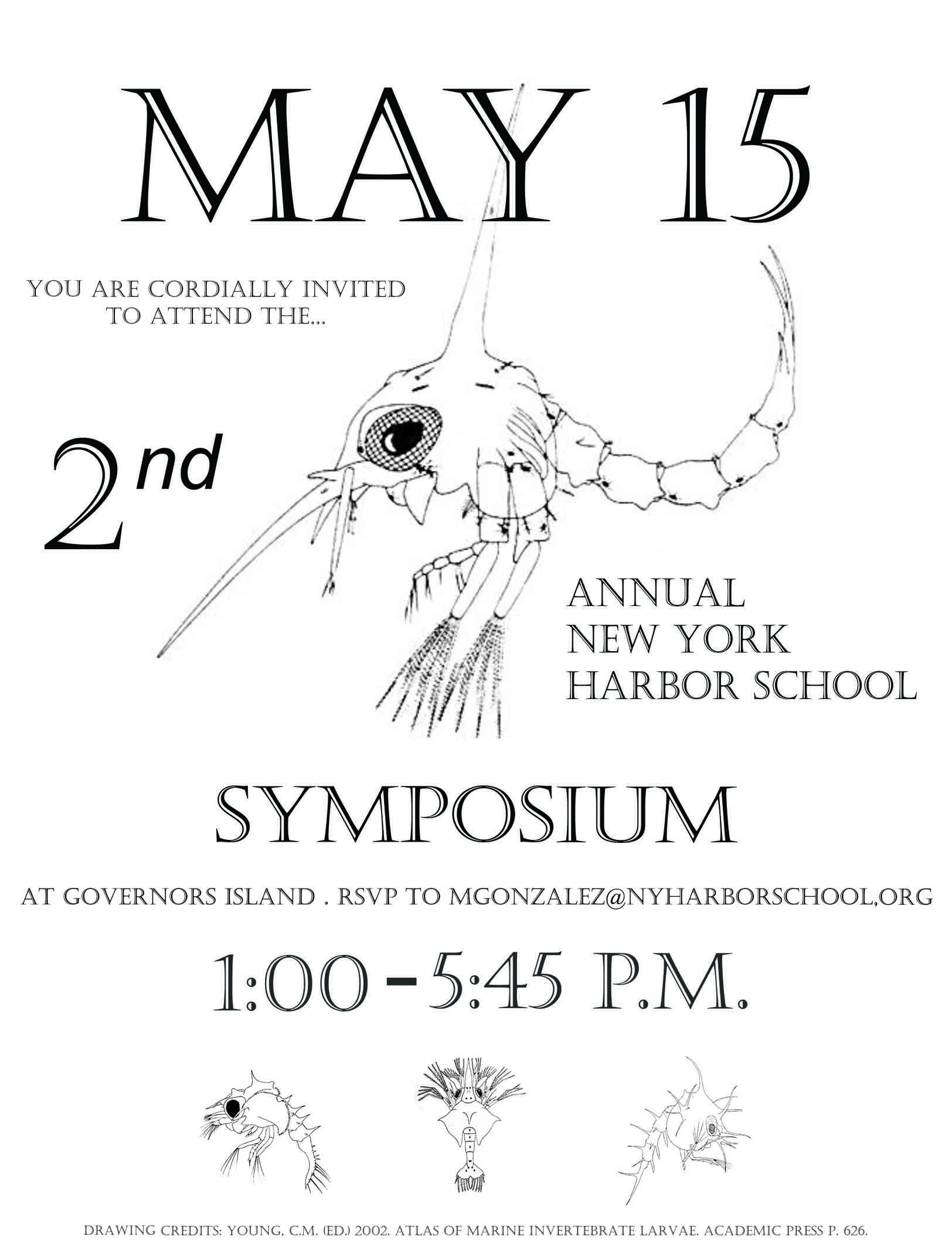 So far this year the 10th grade Marine Biology Research students have done a great job of working together to produce exceptional results. Putting together Aquatic Ecosystem Models, they’ve begun to learn the basics of water chemistry, physics, and ecology. From jump starting the nitrification cycle in their Models by adding ammonium chloride and nitrifying bacteria to adding terrestrial plants for nitrate removal, these future environmental scientists are learning what it takes to keep an ecosystem healthy from the bottom up. Once these students have mastered keeping their Ecosystems healthy they’ll start formulating projects around the Hudson River Estuary to apply their skills to the real world. Continue here.